Knees and ankles are the most commonly injured body parts of netballers. Most of these injuries occur on landing. Injuries to the ACL, a major stabiliser of the knee represents 25% of all serious injuries. Netball Australia’s KNEE Program is designed to prevent injuries occurring. Whether you are a player, coach or parent, this program is designed to keep you and your players on the court for longer and moving more efficiently when there.

The knee program comes in 3 levels: Junior, Recreational and Elite, so whatever level you are playing at there is a program for you.  It is designed to help develop good technique for take-off, landing, change of direction and deceleration, 4 key elements of netball that put a lot of pressure on the knees.

The KNEE Program needs to be completed at least twice a week for maximum effectiveness and must be continued for the effects to be maintained. Correct technique is vital to ensure risky movements are eliminated rather than reinforced. 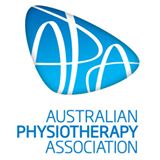